what we’ll be capable of. when we’re in residence. when we’re together. when we learn how to untie the bonds and not let us be tainted by the streets. by the noise that surrounds.

crossroads of encounters and a bit of peeling earth, house — many have lived here. we are. a short period of time, these days: i see transition. transition for me, transition at last, transition of polishing edges.

transience. we are. rio de janeiro comes transitory, poking its lands down, so many layers below. would it be not only the dust coming through the windows or the loud noise from the machines, it happens sometimes, just like samba. but it persists. this electric saw is as soap as our socks, you don’t question them. you don’t question the electric saw nor perhaps the helicopters (airplanes we feel more often ’round here), not even the drilling machine you think about. is this noise a choice of whom? do we dream of silent machines?

let us use only cranks and pedals and reco-recos at any cost so as not to deafen any neighborhood, whether we live there or not. then comes my home my debt, my doubt or desire or indeed something that does not exist. there are nearly any houses we can call home in such a city, where we cross subterranean tunnels and then we all turn into asphalt, gradually asphalt, marrying all the mafia of these construction companies that keep on striking us down.

taken by assault, abrupt, and yet it takes years. dream resort of so many brazilians, watching television, men and women, in this subordinate order with not so gentle and not so noble categories because yes, it was commanded, in a land where people were turned into slaves, once a refuge for some white europeans who then brought guns and they are still killing natives, today

multitude, we’ll make it and we are and we built bridges in between detaching membranes and layers that come to surface like fury, furiously letting us pass through layers that fall, little by little, every day, furiously pierced by noisy machines that build tunnels wherever passes all kinds of concrete and rivers that are no longer rivers but fetid detritus of what they call basic sanitation, people.

people join together, people collaborate. people think street. people will never be unison, that’s not what multitude is about. i have learned a great deal on dissent and distension, plus some practical knowledge of (urban) autonomy during times and times that occur from time to time, and we come across them. a terrain of mixture and utopias exposed, actions and hugs and joint confusions and parades of random accidents, among other movements

what about all this concrete around? can viaducts end up swallowing us? will cars remember what they once were, when there were no engines? what was it like to live without engines?

rrr rrr rr. i cross ruins with a bicycle.

hiking the mountains was a keen and long-nurtured intention in what they call rio, the city — forests, indeed — too complex to act as desired, perhaps by the excess of it, or maybe the classic fatality of days and nights (and the division of working hours, our most common obstacle, as well as partying all night long)

forests are still there by night, but while in town, we won’t go much often (survival; priorities)

i would fly there on the heights of the hills and strong legs, dormant legs, crescent legs as well as the moon now watching us from above, building other random homes much more gentle than any of these made of concrete

are made of fluid matter the longest and most beautiful dreams and also fastest to taste (it’s possible to live from matter, malleable and fertile component of other houses, other voices, elemental construction of inventions and worlds, yes, houses, dwellings and everyday life)

and of hectic schedules, my dear, we know, we’re overloaded. but if you think of another kind of motion, of speed, the one that occurs in dreams, in which you are here then somewhere else, just like this, followed, then overlapped, time-collage, turning

i wanted to work with old photography techniques because, ok, nostalgia, and also flea market, the best of all cities, full of memories of our grandparents who were never our own, but whose lives were part of an underworld that comes across us, jumping from almost forgotten places and coming here in front of us say that they still exist (and in vivid colors, vivid vivid and puerile)

foreign travel images also fill the flea market, at praça xv, and then so many mickeys populate a colonized children’s imaginary, which only three decades later we begin to fully realize what was that anyway, all those animals that were never seen in our lands, all those weird referents, yet so colorful, white and rather uncritical, after all

(and of criticism perhaps we’ll be many, but also breathing, breathing, not just that dust that comes around but also the importance so giant of being permeable, of not being affected and thus growing bones more resistant that can survive to all this scrambled ground matter, the most ancient and frightening past rising with such fury to the surface and dancing transvestite is love. here, different names, a misappropriation. media travesty showing their true colours, pretends to be your friend. playing mischief with multitude masks. state violence has mislead our streets. counting alerts, people on the floor: scattered thoughts, one writes to swallow up the terms, disentangle the paths between the ribs of the event.

to know how to entwine hazards in strange tears provoked by the previous. fear, thirst, struggle and rest spray among each other until they disappear.

there is no trade, mockery, inert perceptions or any other sense beyond this we can see, yet so blurry, cheap:

will turn into snow, all backwards. or maybe not, roughmatter. it won’t be fascists to knock on the doors, sweeping lady, man in the crowd (infamous inert illogical that endures). a swarm of refugees in tijuca, in that street close to the stadium, cornered in their own backyard. nobody understands what this is about, it’s a mess.

from voice to voice some try to paint all colours green and yellow, windows as hell, struggle as child’s play until she’s completely depreciated – multitude herself. within tactics, strikes and mysteries, because they’re many and multi-acting.

there is no way to cease this shouter since it comes from faraway, from many, many years it’s been asleep in the lungs of crowds, finally expelled by those who could keep themselves alive somehow. and it’s not the case of impeachment, stop trippin’. it’s all muddy fudge, and so simple, a case of misappropriation:

reactionary (adj.) is one that is contrary to any changes (social and/or political); which is opposed to democracy; undemocratic. synonyms: anti-democratic, anti-liberal, ultra-conservative and retrograde.

nor we deceive ourselves in with the liberal (n.), that is, one who is in favor of freedom either in politics or economics. in terms of economy, it’s a shrewd deceiver, an astute defender of inequality and money in the pockets of good (sic) individuals.

none of those represents a perimeter larger than their own navel. perhaps, and i say this lamely, they are able to extend some appreciation to family members and a few others alike, motivated by pure praise devoted to family and property, both institutions so closely connected. they share rules, egotism and conventions.

minefield! tricky land. our hills are gone, i’ll say. could be – this crisis is taking so long that it’s hardly possible to live in the city, and then we remember so many interstate problems, much older: the military police.

(military is a body capable of eliminating all others, and, therefore, must have its existence summarily questioned)

and then the trams, the colours. electric trios that if not surrounded by so many cops (and we’ll never understand so many cops) would be carnivalesque, polyvalent anybodies so proud of finally existing. their manifestation is an affirmation of existence, nothing else. they decide to have a voice. after so long, confusing faith and veiled passing of limits in believing in a system of numbers, morphemes, themes and you never know for sure and who to vote for – infamous requirement of a policy of delegations.

hannah arendt says that when there is authority, there is no political action: the power to act in this case is given to the ruler or small group that rules. so we explain, to face the confused, people who mistake totalitarianism for revolution (sounds surprising, but we live in a world of disguises, and it’s a not such a new idea)

disbelieve the system in a contagious rhythm of alienation // open spaces are rich in proposals and experiments // there are those (and they’re many) who seek for leaders/wish for leaders/want to depose the place // i wonder if we need leaders anywhere // plural is important // it’s not about green and yellow // red flags represent large collective efforts for social rights, never forget that // coup media, such an amazing expression // veja, my masks were used by someone else // she took to the streets and didn’t know why // discourses changed and she kept following the march // they changed the course and was there someone left?

those who paint it white are the very ones who will wish to eliminate all those who cannot dress the same color.

do you want to be eliminated? or expect to get a slice of the cake?

politics of cut-ups, of marked cards, of bewilderment. advertising, politics of image, vote for the nice guy! binary codes and their commanders expect only answers of yes-or-no, are deaf by training. in the ministry of high cards, there are interfaces and intermedia, ideas that protect others, outbreaks yep, but a lot of shielding, both for people and information. curves bend in each other, merge, no purity in the system: politics of dispute, craving, then a reminder: politics is tough, but is negotiation. danger appears when subjects are not clear, reach wilderness blue

(you know, the one that fills the edges, blinds on the horizon and drops into the loo)

riot is our most extensive ally, yes, since: vandals are cops and their principals. but if they call us all vandals, implant vandals among us, if vandalism is the latest fashion of the multicoloured protest on the corner, if any passer-by is a potential vandal, if the oppressor is who is right, if they give vent to firearms, treat street posters as pitched battle, in short, if they block and attack us, either on the streets, at home, everywhere, if we can’t so much, if fifa can, if owners can, if the tv can, if the news want to convince your mother of our vandalism, then yes, we are all vandals, vandals we will win, vain vandalism of walking on the street, running from tear-gas, falling to the ground..

funny how flags at first were about the plain right to move in the city – to walk! but if they cut our legs and charge for expensive prosthetics, cover all in concrete and here only goes armoured car!

what is this space wrought on so much mortar ores and people who came because they believe they need to work, who cannot eat without bloodshed, being puppets and ahhh.

missing words colours pains to say why the torments, this is anything but plain, acting but full of stellar interstices and without many escape routes (wishing there were – the largest route asks for a return ticket, payment by card, debt)

ground wheel with no voltage, rewind everything, don’t want to get beaten by cops.

waking up with helicopter, backyard as battlefield.

happy celebrities on television, all canaries.

sport is travesty of exploitation. 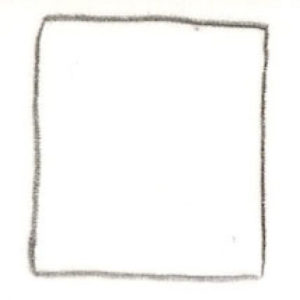